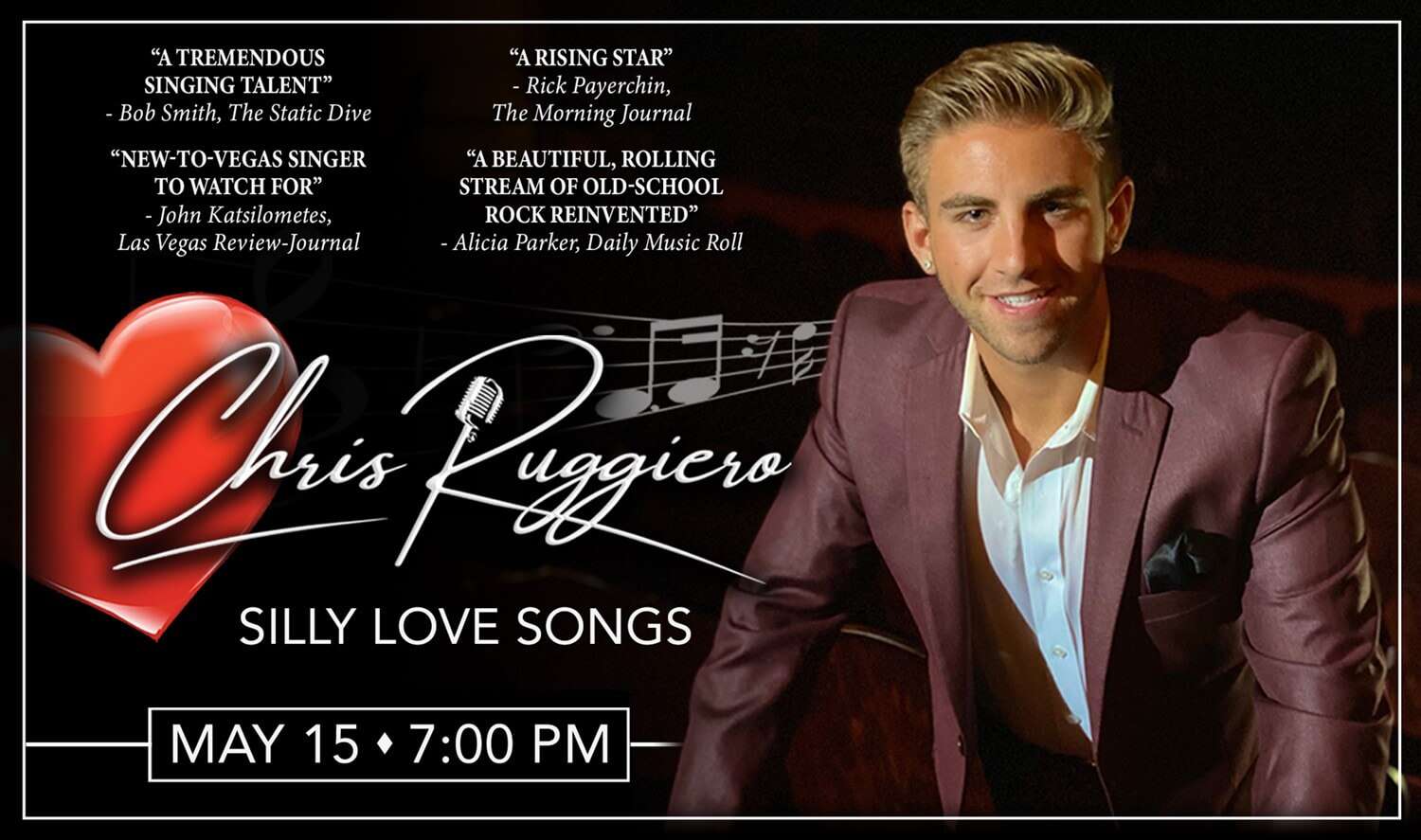 Yorktown Stage welcomes back hometown hero Chris Ruggiero for an evening of pop-rock standards as you’ve never heard them before. Chris first came to national attention when he performed on a nationwide PBS-TV special and has been touring the country with stops in Las Vegas, Cleveland, Wisconsin, Texas, Chicago, Florida, New Jersey, and, of course, New York.

His album “I Am Chris Ruggiero” features original arrangements from legendary arranger Charlie Calello on timeless classics such as “Wouldn’t It Be Nice,” “Put Your Head on My Shoulder,” “My Cherie Amour,” “The More I See You” and “This Magic Moment.” Calello has had over 100 national records as an arranger and producer, having worked with Frankie Valli, Frank Sinatra, Barbra Streisand, Neil Diamond and Barry Manilow, to name a few. Upon completion, Calello commented, “It’s been a long time since I heard a voice like this. Chris doesn’t chase the music. He brings the music to him and he does it without vocal tricks. That’s rare today.”  Since then, Chris has released a total of 40 recordings on 3 albums and one EP.

Born and raised in Somers and a long-time Katonah resident, Chris considers his shows at Yorktown Stage a homecoming and can’t wait to see friends, family and neighbors alongside fans who’ve never had a chance to see him live in the local area. A portion of the proceeds will be donated to the Somers Lions Club in support of their charitable endeavors.

“When I’m on stage singing a classic love song and I look out into the audience and see that twinkle in their eyes, I know they’re thinking about a special time and place in their life – or maybe their first kiss!” Chris says. “As it turns out, people have definitely not had enough of silly love songs.”